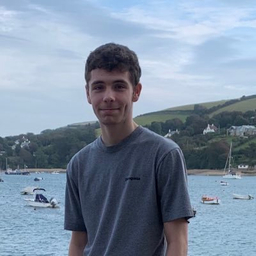 Fan favourite Frodon has danced every dance for Paul Nicholls and Bryony Frost thus far. He was fourth in the King George last time setting suicidal fractions, but you could upgrade this.

Frodon and Minella Indo took each other on throughout most of the race forcing both to go that bit faster.

Minella Indo finished pulled up whereas Frodon (albeit legless) finished a very gallant fourth. Prior to the King George he beat Galvin, (near enough favourite for the Gold Cup), Minella Indo, Delta Work and Ravenhill - in a brilliantly judged ride from the front.

There looks to be plenty of pace on with Kemboy, most notably, looking to pester Frodon throughout.

Highly dangerous if given an easy lead but even so one of the ones to beat on form.

The outsider of the field and like his stablemate is quite frustrating. He's very inconsistent but has a huge engine and bags of talent.

He is prone to a jumping error or two but is much safer on the hole. He won his last start over fences over 2m6 beating a non stayer in Darver Star.

His most recent run was against Darver Star over hurdles, and was comprehensively beaten.

He isn't up to the class of these and is far from a certain stayer himself. Shock result if he were to win.

Favourite today, and he won this race last year . He's a difficult horse to have full confidence in as he is prone to a few jumping errors but he is a brilliant horse when on song.

He was third to Galvin and A Plus Tard in the Savills (Grade 1) at Christmas and looked quite unlucky - he wasn't beaten at all far and was nicely clear of the rest of the field (Janidil and Delta Work behind).

He could have done with a more efficient ride on the day and if he had saved that bit extra, who knows what would have happened - but it was certainly a massive run.

At a course and distance he clearly loves, he's a justified favourite. It will be interesting to see the tactics though - as Frodon also likes to make the running.

Kemboy isn't a stranger to sitting just off the pace either. Bang there and the one to beat on form this year.

One time live Gold Cup hope, who's not quite lived up to his reputation since. He has been well beaten on both starts this season, finishing 6/8and 4/5.

He's on a bit of a recovery mission but this horse has had an official rating of 171 in the past which would put him bang there if reproducing that sort of form.

The gelding was third to Kemboy in this race last year but no match for the winner or the second (The Storyteller) on the day. His jumping is quite erratic and he's hard to have full confidence in.

Gordon Elliot does take the headgear off here though, and they will ride him a little handier.

He needs to get to somewhere near his best here though in a very competitive renewal.

There is a lingering suspicion that he's regressing.. hard to see him getting involved in the finish on what we've seen recently.

If you say his name three times he might just appear in the mirror.. his career has been a rollercoaster to say the least!

He is arguably the most frustrating horse in training, he has bundles of ability, he just can't seem to put it all together without doing something daft. It's fair to say *if* he has a clear round he's right up there with these - but you just can't trust him.

He's fallen three times in his career - most recently in the King George and he's prone to wayward jumping.

His form is right up there with these, but do you trust him to get round safely? Form claims, but impossible to have full faith in.

Conflated is a good horse, he's won five races from twenty starts. He's dined at the top table for much of his career but tends to come up short.

He won a 0-150 Grade B handicap chase last time out in good style and prior to that was second to Eklat De Rire, giving him a good race before ultimately fading to finish second.

He does seem to go well fresh and he's not totally out of this, although I think he might just find this too hot.

Fifth in a similar race to this last time out behind Galvin, he looks to be just short of the top level. He isn't a certain stayer either, but he has good form to his name, notably this year finishing second to Allaho over 2m4f.

He is steadily improving however, but will need to improve a fair bit again to get involved.

As mentioned though - this race looks to be pace heavy on paper, it could well suit Janidil, as he likes to pick them off from out the back, if they go too hard out front he can definitely pick up some of the crumbs.

Place claims at a big price.

Seems to save his best for Cheltenham and his hard to have confidence in on what he's shown so far this season. He is of the highest calibre when on song (Albert Bartlett and Gold Cup winner).

He was fourth of fifth in this race last year, but it was well documented he just needed the run after his previous non completion, to put him spot on for Cheltenham. The rest as they say is history.

He will need to improve on what was fundamentally a woeful performance in the King George last time out though, as mentioned Minella Indo and Frodon went far too quick and Minella Indo was subsequently pulled up.

He is quite short in the betting for this and I'm not too sure on the evidence we have this season that his price is fully justified.

Brave to discount entirely, but the suspicion is he just might be an excellent Cheltenham Horse.