Through starting out her career as a jockey, Jessica Harrington was engrossed in the sport of horse racing from day one, earning a reputation as one of Ireland’s best three-day event riders. Not only was she notable in traditional horse races, but she also represented her country at the Olympics and in other international competitions.

After becoming established for jockeying horses, Jessica Harrington moved into training after receiving her training permit in 1989. She did this with her husband Johnny Harrington, who was a highly-regarded bloodstock agent, making him the perfect partner professionally. He sadly passed away after a long battle with cancer in 2014, but Jessica Harrington bravely continued her work in horse racing and was able to find further success since the devastating loss of her husband.

Five years after being given her training permit, Jessica Harrington achieved her first Major National Hunt win when Oh So Grumpy finished first in the Galway Hurdle. The opening win kickstarted her career as a trainer, leading to a Champion Novice Hurdle with Dance Beat two years later and wins in the Midlands Grand National with Miss Orchestra in 1998, as well as a win in the Grand Annual Handicap Chase for Space Trucker.

Known to some as ‘Moone’s Queen Mother Of Cheltenham’, Jessica Harrington is the most successful female trainer at Cheltenham Racecourse, with eleven winners to date. She’s taken over fifty wins in jump races, as well as plenty of success in flat races, including six wins for Jumbajukiba alone. Most recently, Jessica Harrington proved her continued success through winning the Cheltenham Gold Cup in 2017 with Sizing John, and by winning the Irish Grand National with Our Duke.

With over eighty horses in training, Jessica Harrington Racing is known for being active every day of the year to train the next big winning nag. Although she was born in London, her family ties and racing success always link her back to Ireland, so the Jessica Harrington Racing team are situation in Commonstown Stables in County Kildare, Ireland.

As with most famous stables, The Jessica Harrington Racing team is primarily made up of family members. They’ve also had a whole host of jockeys coming in and out of their doors in order to boost their chances of success. This includes consistent members of the team Mark Walsh, Barry Geraghty and Paddy Kennedy, who achieved nine wins between them, and Robbie Power, who won twelve races in sixty runs. 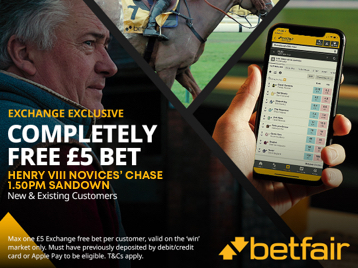